Dr Jane Stewart is a full-time NHS Consultant in Reproductive Medicine at the Newcastle Fertility Centre, the largest NHS Centre in the Northeast of England. She iS a Subspecialty Training Programme Director. 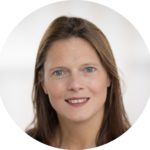 Sarah Martins da Silva is a Senior Lecturer in Reproductive Medicine at University of Dundee. She runs a translational research programme focussed around male infertility, sperm biology and drug discovery. She was recognised for her research in 2019 and named as one of the most inspiring and influential women from around the world by BBC 100 women. 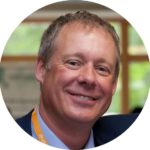 Professor Darren Griffin received his Bachelor of Science and Doctor of Science degrees from the University of Manchester and his PhD from University College London. After postdoctoral stints at Case Western Reserve University and the University of Cambridge he landed his first academic post at Brunel University, before settling at the University of Kent, where he’s been for the last 15+ years. He has worked under the mentorship of Professors Joy Delhanty, Christine Harrison, Terry Hassold, Alan Handyside and Malcolm Ferguson-Smith.

Professor Griffin is a world leader in cytogenetics. He performed the first successful cytogenetic PGD (using X and Y FISH probes for sexing) and, more recently, played a significant role in the development of Karyomapping, an approach he now applies to cattle. In a 30+ year scientific research career he has co-authored over 300 scientific publications, mainly on the cytogenetics of reproduction and evolution, most recently providing insight into the karyotypes of dinosaurs.

He is a prolific science communicator, making every effort to make scientific research publicly accessible (both his own and others) and is an enthusiastic proponent for the benefits of interdisciplinary research endeavour. He has supervised over 35 PhD students to completion and his work appears consistently in the national and international news. He currently runs a vibrant research lab of about 20 people (including a programme of externally supervised students) and maintains commercial interests in the outcomes of research findings, liaising with companies in the field. 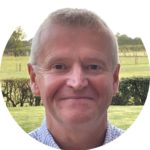 Richard Lea is a Professor of Reproductive Biology in the School of Veterinary Medicine and Science at the University of Nottingham. A PhD graduate from Sheffield Hallam University, Professor Lea’s career has focussed on hormonal, immunological, metabolic and nutritional influences on fetal development including longer-term influences on adult health. Professor Lea’s primary research program concerns the topical issue of environmental chemicals and their effects on mammalian fertility and reproductive well-being. His experimental approach encompasses human and animal studies and he actively promotes public awareness on environmental threats to reproductive health. Professor Lea is also the chair of SRF.

Conservation in the animal world – using science to preserve species 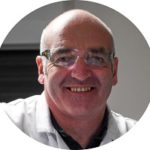 Tullis Matson has practiced Artificial Insemination (AI) in stallions and freezing semen for over 30 years.  He began running the small natural covering stud at the family farm in 1989.  In 1990 he went to New Zealand to learn the practice of AI before returning home to set up one of the first equine AI only units in the UK.

Tullis formed Stallion AI Services Ltd in 2000 which is one of the most successful stallion collection centres in Europe, offering semen collection services, fertility assessment and worldwide semen export.  Collections have been made from over 1500 stallions, across 56 different breeds. Tullis pioneers and implements new advanced techniques, such as Post Castration, Epididymal Sperm Harvesting, using different gradients, and specialising in handling and collection from sub fertile stallions.  He also works with organisations such as Chester Zoo to help cryopreserve semen from endangered species e.g., Rhino and Lion, visiting South Africa in 2019 where he worked with elephants and rhinos. Using knowledge and technology from his lab, semen and tissue samples were collected from 8 elephants and stored in South Africa using the latest technology.

During the last 18 years Tullis has lectured both nationally and internationally on all areas of stallion reproduction. He regularly holds private, bespoke courses on centre for veterinary practices and stud farms. Throughout recent years Tullis has lectured at The Annual BEVA Congress, BEVA training courses, The National Equine Forum and, for the past 10 years, on DEFRA approved AI courses.

In 2021, to mark its 60th year BEVA (British Equine Veterinary Association) celebrated with an initiative called “60 faces of BEVA”, which highlighted 60 individuals who have had an impact on the equine veterinary sector. The list of 60 faces showcases those who have truly inspired, influenced, and progressed the equine veterinary profession for the better; Tullis being honoured through his inclusion on this illustrious list. 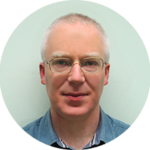 Andy Vail is Professor of Clinical Biostatistics at the University of Manchester. In the early 1990’s, when based in Leeds, he started reviewing evidence for treatment effectiveness from randomised trials of interventions in subfertility. Since then he has gone on to publish a number of articles critiquing statistical (mis-)understanding and advocating for better research methods. He is currently a statistical editor with Cochrane Gynaecology & Fertility and with the journal Reproduction, as well as an external adviser to the HFEA on evidence contributing to their traffic light system for add-ons in assisted reproduction

Embryo selection: where do we go from here? 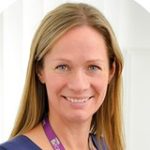 Alison Campbell studied at Leicester, Nottingham and Kent Universities and was awarded her PhD in embryo selection and genetics. Her strategic and leadership role, as Group Director of Embryology at CARE Fertility, involves heading up 13 laboratories and over 100 reproductive scientist, performing approximately 10,000 fresh and frozen treatment annually.

Alison is well published and is a Section Editor of Reproductive BioMedicine Online (RBMO) and an Associate Editor of Human Reproduction.

Alison and her team established a dedicated training facility for IVF professionals in 2018 in their Manchester, UK facility and are launching a Masters degree in Clinical Embryology in September 2022.

CARE Fertility was a first mover in time lapse implementation and Alison and her team have developed, validated and implemented in-house algorithms predictive of live birth for embryo selection which is used across all CARE clinics.

Alison is a member of several scientific advisory boards and her main interests are artificial intelligence, embryo development, optimisation of laboratory processes and training and development.

LH/FSH action: classical models and latest breakthroughs. What does it mean to Reproductive Medicine? 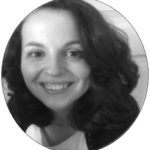 Aylin Hanyaloglu, PhD is a Reader in the Department of Metabolism, Digestion and Reproduction at Imperial College London where she has been a Principal Investigator since 2007. She received her BSc in Human Biology from King’s College London while her PhD commenced at the MRC Human Reproductive Sciences Centre, Edinburgh, a move to Perth, Australia resulted in her PhD in Molecular Endocrinology being awarded in 2002 with Distinction from the University of Western Australia. Dr Hanyaloglu undertook her postdoctoral training at the University of California, San Francisco where she identified novel core cellular machinery critical for G protein-coupled receptor trafficking and signalling. Her research focuses on understanding the fundamental cell biological mechanisms regulating GPCR signal transduction and applying these mechanisms in diverse physiological and pathophysiological systems, with particular focus on reproduction and nutrient sensing in the gut.

Livio Casarini, biologist, with a PhD in evolutionar biology. He is associate professor in translational medicine at the Unit of Endocrinology, Department of Biomedical, Metabolic and Neural Sciences, University of Modena and Reggio Emilia (Modena, Italy). Livio is team leader of a research group publishing about ten scientific papers per year in translational endocrinology, pharmacogenetics, GPCRs and sex hormone physiology. His main research focuses on the cell response to gonadotropins and its link with human pathophysiology.

Beyond Aneuploidy: How PGT-A testing has evolved to further inform patient treatment 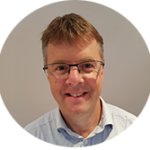 Dr Chrimes is a PhD molecular geneticist with 14 yrs experience in molecular diagnostics. After working at various UK University and Research Institutes in the early 2000s, he joined BlueGnome in Jan 2005.

Dr Chrimes was instrumental in delivering state of the art copy number genomics analysis solutions to the clinical market including the CytoChip and BlueFuse Multi visualization software. Many of these advances were made through the management of research collaborations with leading hospitals in both the UK and USA. In 2008, BlueGnome launched the 24sure product line for aneuploidy testing of embryos and Dr Chrimes used his extensive experience of genomics data analysis to drive the innovation in embryo genomic data to aid interpretation of the sometimes complex data. The result of this innovation is that the vast majority of global PGS is performed using 24sure/VeriSeq PGS and in 2012 BlueGnome was sold to Illumina.

In 2016 Dr Chrimes started at Genesis Genetics to help drive advances in their embryo testing and after the acquisition in April 2016 of Genesis Genetics by Cooper Surgical Industries (USA), Dr Chrimes took on a global role as Director of Global Genomics Business Development. This role ensures Dr Chrimes is both driving innovation in genomics testing and also gaining regular insights to the challenges faced by IVF clinics today. 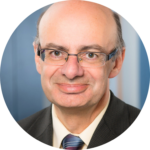 Dr. Denny Sakkas is the Scientific Director at Boston IVF.

He received his undergraduate training at the University of Melbourne, Australia and received his Doctorate of Philosophy at Monash University, Melbourne, Australia. His PhD was performed at one of the leading Reproductive Research Units in the world, which was responsible for many of the innovations used in routine IVF today including, hormonal stimulation, embryo freezing and micromanipulation.

He has previously held positions as Chief Scientific Officer at Molecular Biometrics Inc. and was an Associate Professor at the Department of Obstetrics, Gynecology and Reproductive Sciences at the Yale University School of Medicine – where he headed a successful Gamete Biology Research Team and served as the Director of Assisted Reproductive Treatment Laboratories of the Yale Fertility Center.

Dr. Sakkas was also the Laboratory Director of IVF units in Switzerland and England and has aided numerous groups in establishing their own IVF units around the world. He has extensive experience in clinical IVF and reproductive research.

He is internationally recognized, having organized conferences and workshops on reproduction related topics, and is frequently invited as a speaker at major conferences worldwide. He has published more than 100 peer reviewed manuscripts and 30 chapters in the field of fertilization, early embryo development and male infertility.

He is currently on the Editorial Board of 5 leading journals, including Human Reproduction Update and Reproduction. He has been extensively funded in his career, investigating many aspects of gamete and embryo biology.