SIRT exchange down under

SIRT exchange down under

Returning from Maternity Leave last Summer, one of my first conversations with a colleague began with her saying “I really think you should submit an abstract on the Traffic Light System for the BFS Conference”.  Having only presented one poster in my 19 years of embryology, I was a little hesitant, and unsure as to whether my subject matter would be of interest to others.  However, I decided I had nothing to lose and submitted an abstract for Fertility 2019. I was shocked to hear some weeks later that it had been accepted as an oral presentation in the Post-Registration Short Paper Session.  So I drafted my presentation, formulated my slides, and rehearsed like crazy, before attending the conference and delivering my presentation.  All went well, and I was pleasantly surprised by the positive feedback and encouragement I received afterwards from my peers (Embryologists really are a friendly bunch!) At the close of the conference I was astonished to hear that my presentation had won the session prize, and that the prize was an exchange with the Australian SIRT (Scientists in Reproductive Technologies) conference, due to be held in Hobart, Tasmania, in September 2019!

Having two small children at home, I was at first unsure if I could convert the prize into reality.  But after much research, planning and discussion with my very supportive husband, both sets of grandparents were drafted in for childcare and Operation Tasmania was put in motion!

I am fortunate to have a very good friend and former colleague, Rachel Wicks, who now practices Embryology in Perth.  Some of you may know Rachel from her time working at Hammersmith, Leeds and Tunbridge Wells, before she emigrated to Australia five years ago.  I decided this was the perfect opportunity to schedule a visit; Perth would break up the journey to Hobart nicely, give me a few days to adjust to the new time zone, provide a good introduction to IVF in Australia and last (but not least) spend some long overdue time catching up with my friend!  I spent four nights acclimatising in Perth and spent a day observing at Rachel’s Unit, PIVET Medical Centre, under the guidance of their Medical Director, Professor John Yovich.  It was really interesting to witness the inner workings of an Australian Unit.  So many things are just the same as at Gateshead, but plenty of things are different too.  I was impressed with the highly detailed planning meetings that they hold on a daily basis and intrigued by the different stimulation protocols in operation, such as the Shanghai Protocol for poor responders (consisting of 2 egg collections a couple of days apart).  IVF is funded very differently in Australia compared to the UK and I found it thought-provoking how those differences shape practice and affect the accessibility of treatment.  Australia has a taxpayer funded health insurance scheme, Medicare, which reimburses the patient approximately 80% of the cost of treatment.  Out-of-pocket expenses for the patient vary between a hundred pounds to many thousands depending on the clinic and the treatment given.  There is no Medicare limit to the number of cycles or the age of the woman, and so funding exists to help couples achieve second, third or fourth children rather than just their first, as in the UK. There are an increasing number of Units springing up offering low-cost IVF, or “bulk-billing”, where the patient has no out-of-pocket expenses.   Treatment can be provided at a vastly reduced price by stripping a cycle to the basics.  For example, using cheaper drugs, only giving one ovarian stimulation monitoring scan, performing embryo transfer in a scan room rather than a theatre, using simpler culture conditions or media, e-mailing results to patients rather than discussing face to face etc.  In response to local competition, Rachel’s clinic that I visited have set up a low-cost “Zest” IVF program. This “no frills” package is intended for younger, “straightforward” patients.  Whilst there is no denying that this makes IVF vastly more affordable and accessible, I am unsure how I feel about offering a two tier system of care within the same clinic.

I also managed to visit another IVF lab in Perth;  Hollywood Fertility, part of the Genea group of clinics.  This was a much larger lab with cutting edge technology; Geri incubators (similar to EmbryoScopes), Gavi (automated vitrification machine) and Grow by Genea (an app where patients can access video footage of their developing embryos, and share these images directly through social media).  The mention of the app sent me into a slight panic as I imagined the never ending stream of patient phone calls that this might provoke, but I was reassured by Hamish Barblett, Principal Scientist, that patient queries have actually decreased since introducing this technology.

After a day’s solo exploration of Perth, it was then time for the next leg of my journey and a 4 hour flight (and another 2 hour time shift – Australia really is a very large country!) to Hobart.  After the pleasant Spring temperatures and sunshine in Perth, it was a bit of a shock to arrive to 10 degrees celsius, drizzle and wind!  Although the temperatures didn’t improve much, I’m pleased to say that the sun did come out for some of my time in Hobart. 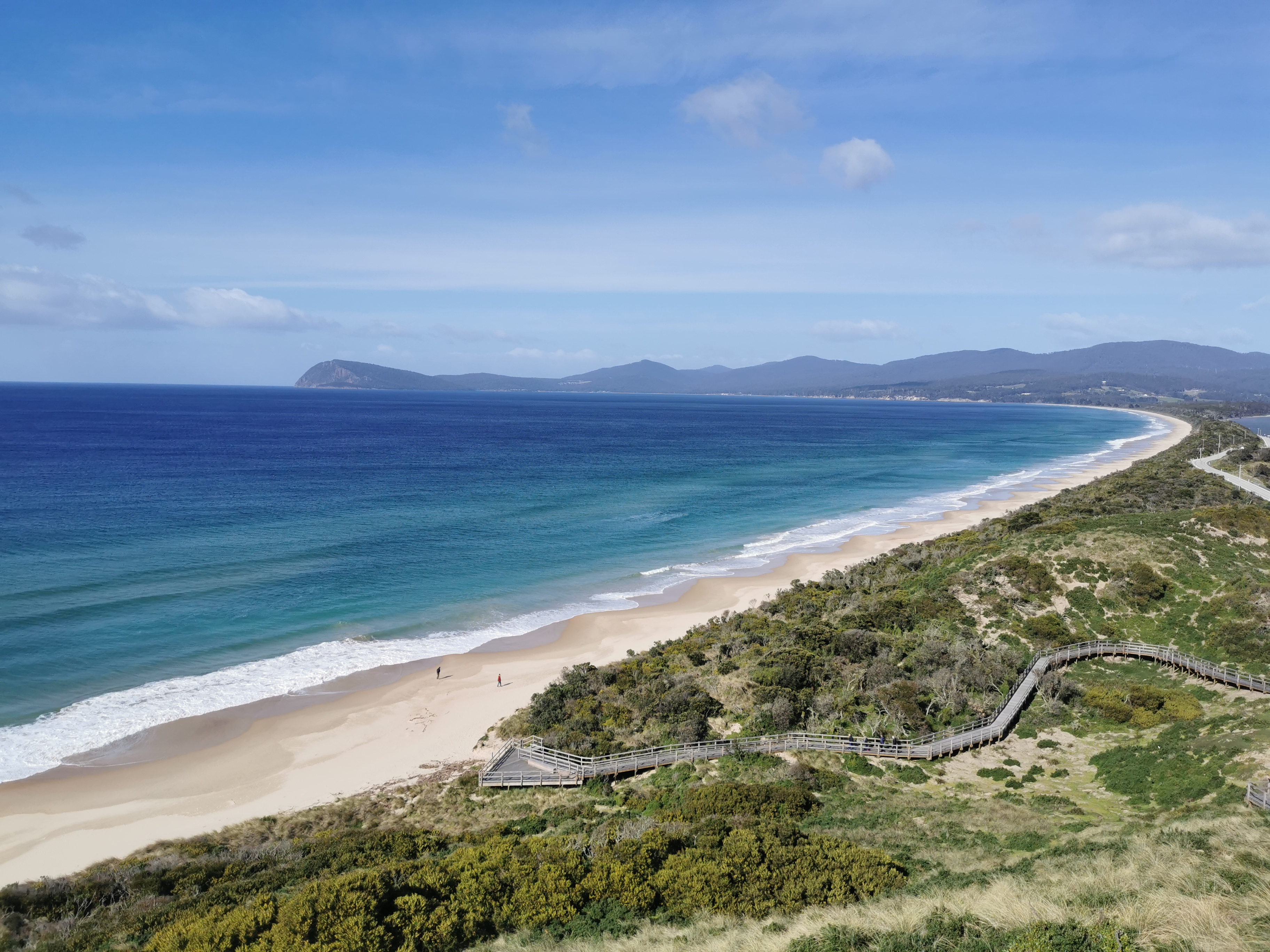 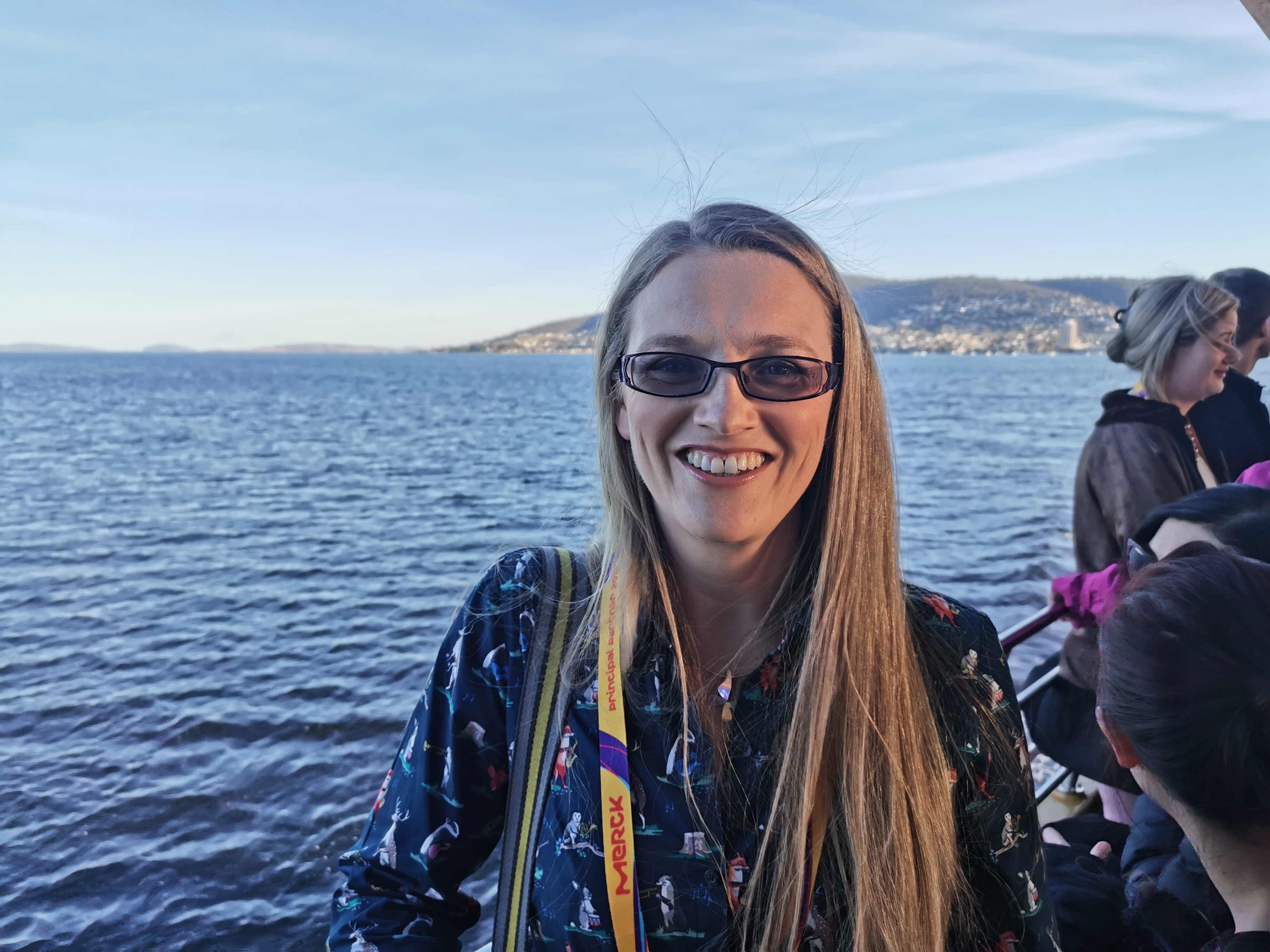 The conference began with a one day meeting on the Saturday.  The morning was a joint session between SIRT (Scientists in Reproductive Technologies), FNA (Fertility Nurses of Australasia) and ANZICA (The Australian and New Zealand Infertility Counsellors Association), with separate sessions held in the afternoon.  It was this afternoon session where I was scheduled to present, and being on a smaller and less formal scale, was much less daunting than presenting at the UK Conference.  Thankfully, my presentation was once again well received and prompted lots of questions and discussion.  It was a relief to present on the first day, as I was then able to relax and enjoy the rest of the conference and my week in Hobart.

Some Symposia and Welcome meetings were held on the Sunday, before the full FSA (Fertility Society of Australia) conference ran from the Monday to the Wednesday.  What I really liked about the conference was the variety of talks and also the number which had cross-over appeal between the different disciplines.  Australia places huge importance on counselling, with pre-treatment counselling being mandatory in some states.  This showed in the program of talks, with a large focus on genetic counselling, provision of information (especially before fertility preservation), health literacy and fertility related decision aids.  There were several talks on pre-conception carrier screening and the importance of providing adequate support and access to genetic counselling for those who screen positive for a condition, which depending on the panel used and number of genes screened, may be quite a high percentage of patients.  Australia is launching a 20 million AUD pilot study called Mackenzie’s Mission, which aims to identify couples with an increased chance of having children with debilitating and often fatal genetic conditions.  10,000 couples will be offered screening for more than 1,000 recessive and X-linked conditions either before they conceive or in early pregnancy.  Couples who are found to both be carriers for a condition (estimated to be 200 couples) will be supported and informed about their reproductive options and also offered one free cycle of PGD.  The long term aim is to make screening free for every Australian couple who wants it.

There were two excellent talks from Professor Carlos Simon from the University of Valencia.  The first was on the endometrial biome and how low abundance of Lactobacillus in the endometrium is associated with poor IVF outcomes.  A microbiome validation study is at the Clinical Trial stage and is currently awaiting live birth data.  The second talk was regarding endometrial receptivity and how the window of implantation may be shifted from that assumed in up to 30% of patients.  A five year RCT has just been completed, comparing three arms; fresh ET, freeze all FET, and freeze all pET (personalised ET based on results of endometrial biopsy).  The results are due to be published very soon in Human Reproduction, so keep your eyes peeled!  There were many other stimulating talks covering topics from multinucleation, to the age of the male patient, to the effects of temperature on the oocyte, and I was disappointed not to be able to attend them all!

In addition to the excellent educational sessions on offer, FSA also delivered a superb social program.  One of the highlights of the conference was the dinner held at MONA, the museum of Old and New Art. We reached the museum courtesy of a 40 minute ferry ride, which provided lovely views of Hobart from the water, as well as several complementary glasses of fizz!  As the ferry docked at the private pier, it felt like we were arriving at a Bond villain’s secret hideaway!  We had time to browse the art galleries, filled with weird but wonderful exhibits, such as a fornicating set of skeletons (!?), before being served delicious trays of food and more complementary alcohol!  Unfortunately I am not well versed in Australian Rock, so I knew none of the live band’s repertoire, but the home crowd were very receptive!

I added two days at the end of my stay to explore Tasmania a little, and did day trips to Bruny Island and Port Arthur.  The first provided breathtaking views of the coastal scenery and the Southern Ocean, and the second provided a fascinating insight into the convict history of the Island.

I had a wonderful trip and really feel that I got a lot out of the conference, both personally and professionally.  I met so many lovely, friendly and knowledgeable people, who took me under their wing and ensured I was never short of company.  I would like to give my whole-hearted thanks to ACE for sponsoring the exchange and giving me this fabulous opportunity, and I hope the exchange continues to be a success for many years to come.  My Australian equivalent will be attending Fertility 2020 at Edinburgh, so if you happen to be there, do look out for her and give her a friendly welcome, as I’m sure she will be in a state of shock at experiencing a Scottish Winter! I hope that reading this article will also inspire you to submit those abstracts that you may have been mulling over in the back of your mind; you never know where it might lead you…. 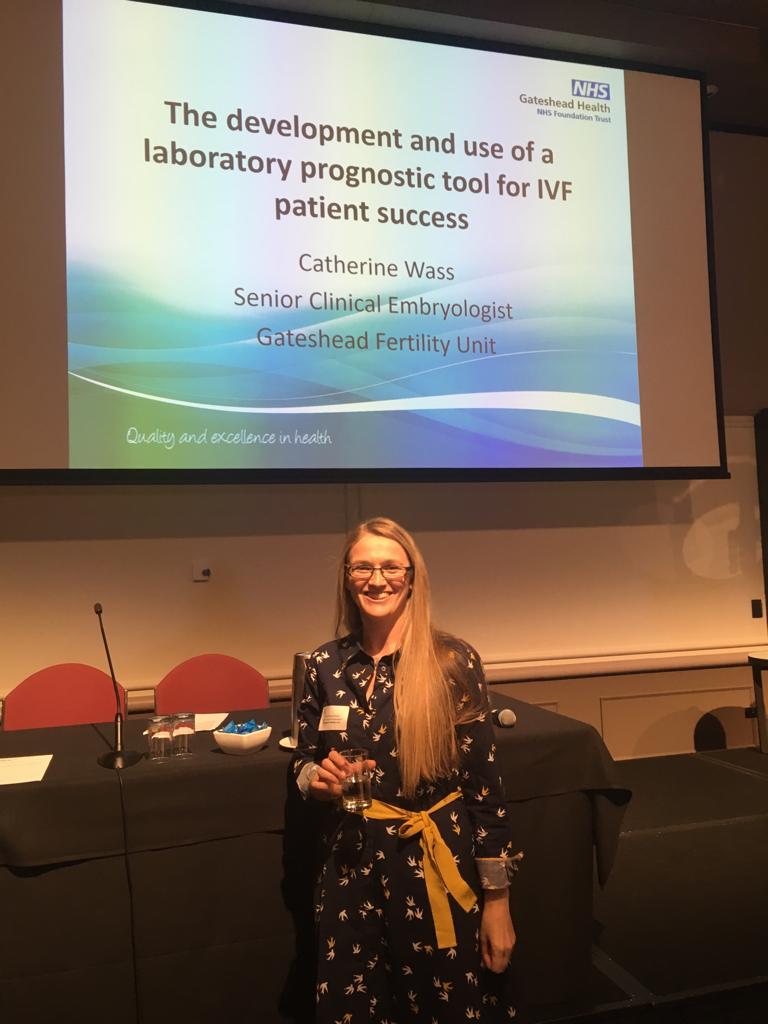