Posted in: ,Letter from the Chair

After two years as Chair of ARCS (and three before that as Chair of ACE) I will, having served my allocated term, stand down at the AGM in January. It has been the honour of my career to serve as the first Chair and be part of the enormous progress that clinical reproductive science has made with the formation of ARCS. I very much look forward to watching from the ‘back benches’ as the foundation that we have all laid continues to be built upon in the coming years.

ARCS is maturing as an organisation and it is clear now (as it always was to the majority of us, I think) that Andrologists and Embryologists can, and should, work together for the betterment of the sector, the speciality, and to improve outcomes for patients. The key priority of increasing professional recognition for our members is progressing well. We have a steady stream of new Andrologists coming online through the STP programme and a steady stream of Embryologists progressing through their exams at the Royal College of Pathologists, with the number of Fellows increasing substantially in the last two years. Equivalence routes to registration as a clinical scientist are open through the AHCS for all those who have worked hard over the years but didn’t have the opportunity to undertake the STP training programme. In addition, comprehensive training schemes are available for those working outside of a specialist assisted conception centre, for example within pathology laboratories in NHS Trusts.

I am also delighted to announce that, in order to reflect the growing maturity of ARCS, the Executive committee have elected Jane Blower as our first President

I would like to take this opportunity to thank every member of ARCS who is currently undertaking training. Whether it is the STP programme, HSST, Andrology logbook or RCPath- you are doing your part to improve prospects, recognition and validation for every member of the society. You are also doing your part to inspire the next generation of scientists coming into the field and by increasing your expertise you are inevitably raising standards of care for patients.

The benefits of membership seem to be growing on a daily basis, with mentoring, free educational content through the ARCS 365 programme and CPD through the website being just a few of the growing list of improvements available to our members. It is clear that, even in the adversity that we have faced during the COVID crisis, ARCS is providing greater value for members than any of the progenitor societies achieved in the past.

We are fortunate to have a highly committed Executive Committee who work extremely hard, in their own time, to deliver benefits to our members. With my departure in January, ARCS regulations state that the next Chair must be an Andologist and the deputy Chair must be an Embryologist. I am delighted to inform you that Jackson Kirkman-Brown has been elected to be the next Chair and Rachel Gregoire Deputy Chair. Both will serve a three-year term starting after the AGM in January. Jackson and Rachel bring a wealth of experience and enthusiasm to their respective positions and I am sure they will work with the rest of the Executive committee to continue to develop ARCS and deliver for the membership. Jackson has been an active member of the reproductive science community in the UK for many years and has most recently served on the Executive of the BFS and I am sure his experiences will be beneficial to the growth and future prosperity of ARCS.

David Sanders, who has served as Deputy Chair for the last two years will stand down in January but will remain on the Executive for a year to see out his term and further support the rest of the Exec.

I am also delighted to announce that, in order to reflect the growing maturity of ARCS, the Executive committee have elected Jane Blower as our first President. Jane, brings a wealth of experience, having been one of the founder members of ACE in the early 1990s, she has worked as Consultant Embryologist in Leicester for many years and also held the post of Deputy Chief Scientific Officer for the country. She is one of a handful of reproductive scientists to gain entry to the Higher Specialist Register with the AHCS and become a Fellow of the organisation. I am sure that Jane’s strategic experience and wisdom will be much appreciated and hugely beneficial to the organisation. The President is an honorary non-voting member of the Executive who acts as a senior advisor and ceremonial figurehead. Jane will take office in January.

Finally, Fertility 2022 is rapidly approaching. The organising committee have worked hard to make the meeting the best that it can be and the programme looks excellent thanks to their hard work. I sincerely hope that many of you will join us at the meeting. It really will make a change to see people in person!

Wishing you a happy and peaceful Christmas and New Year 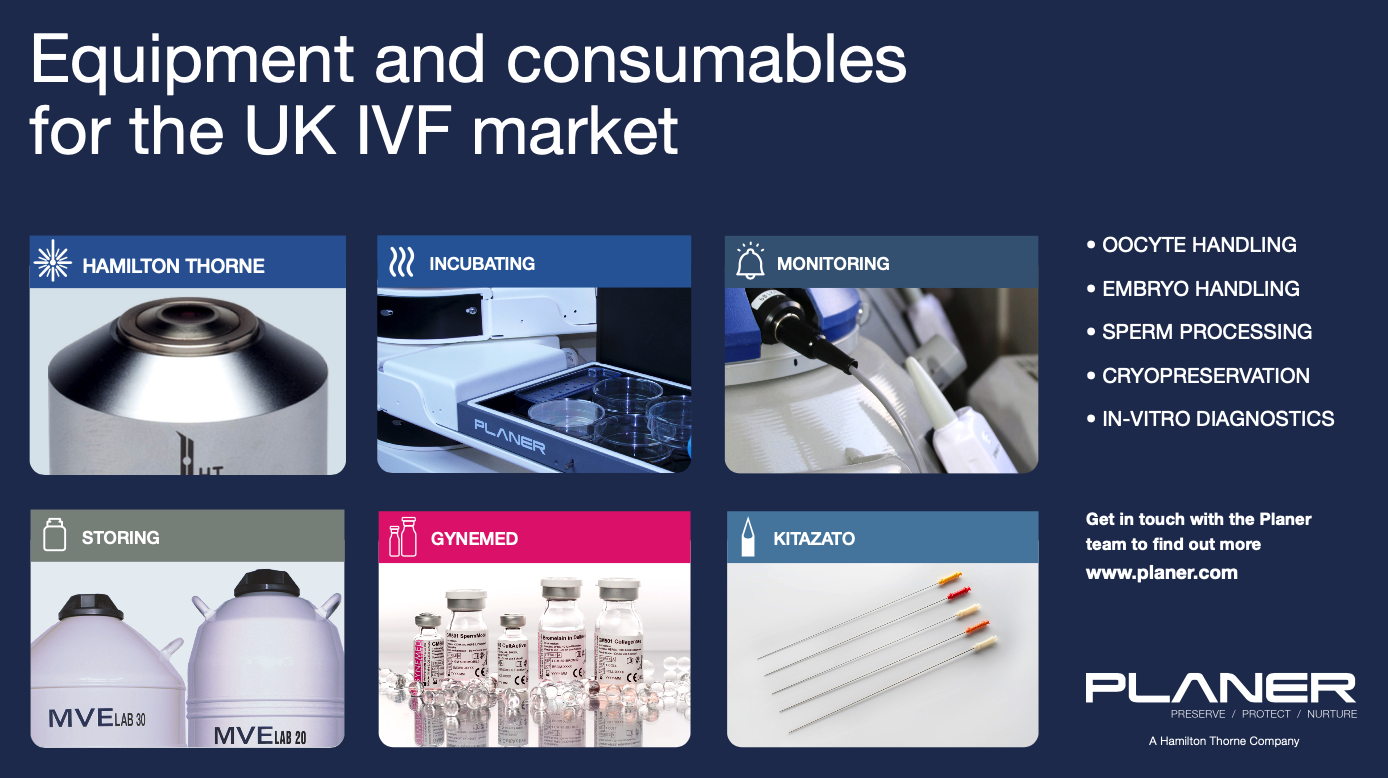